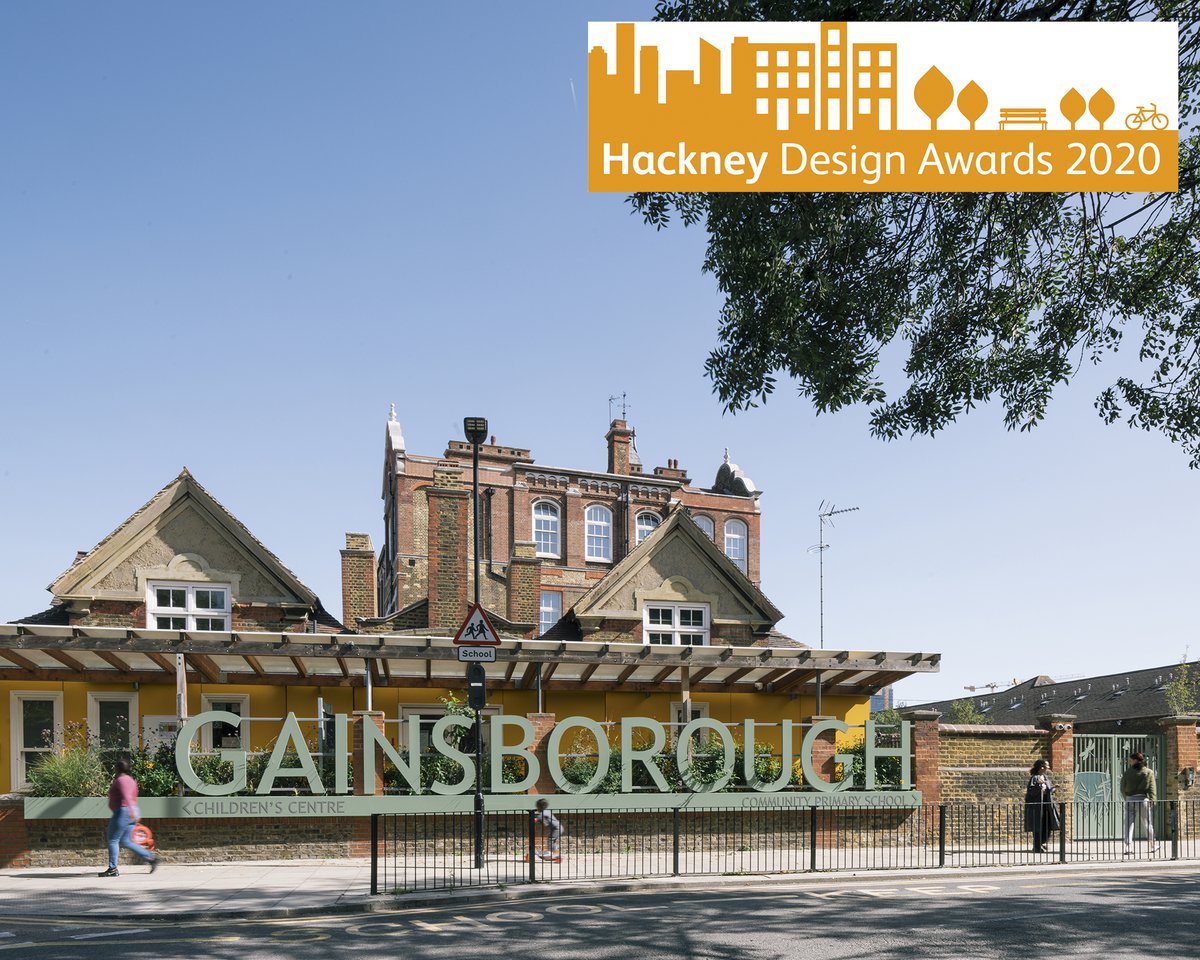 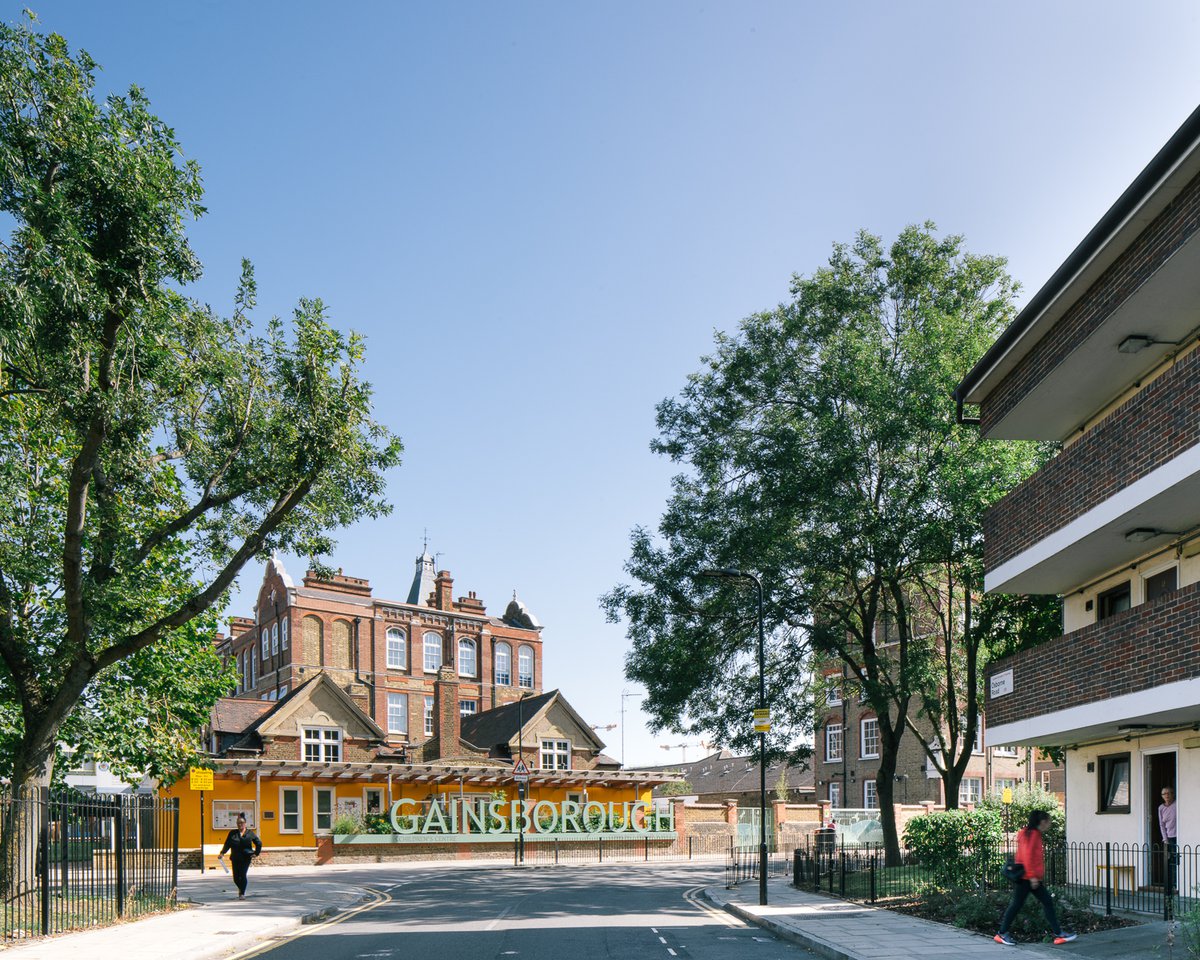 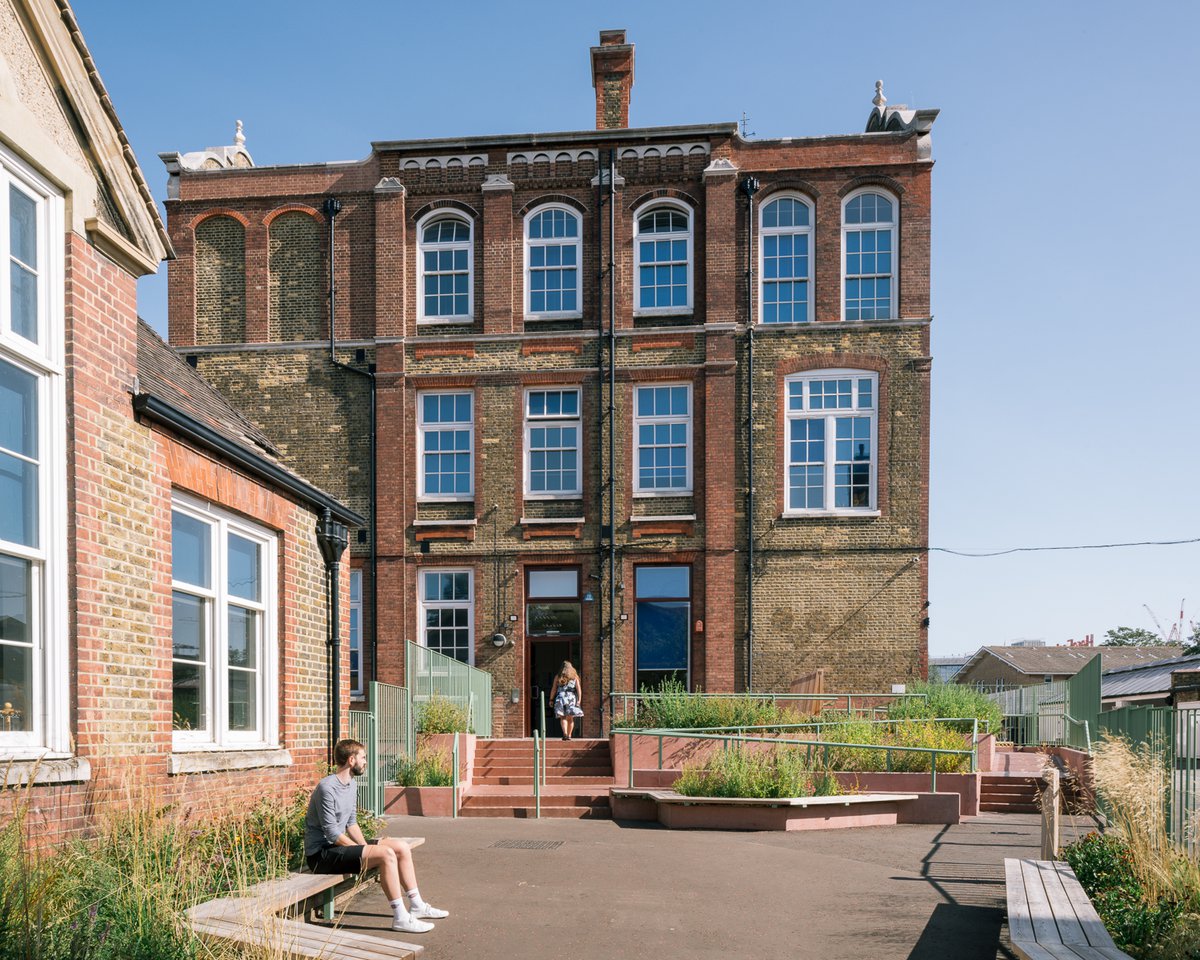 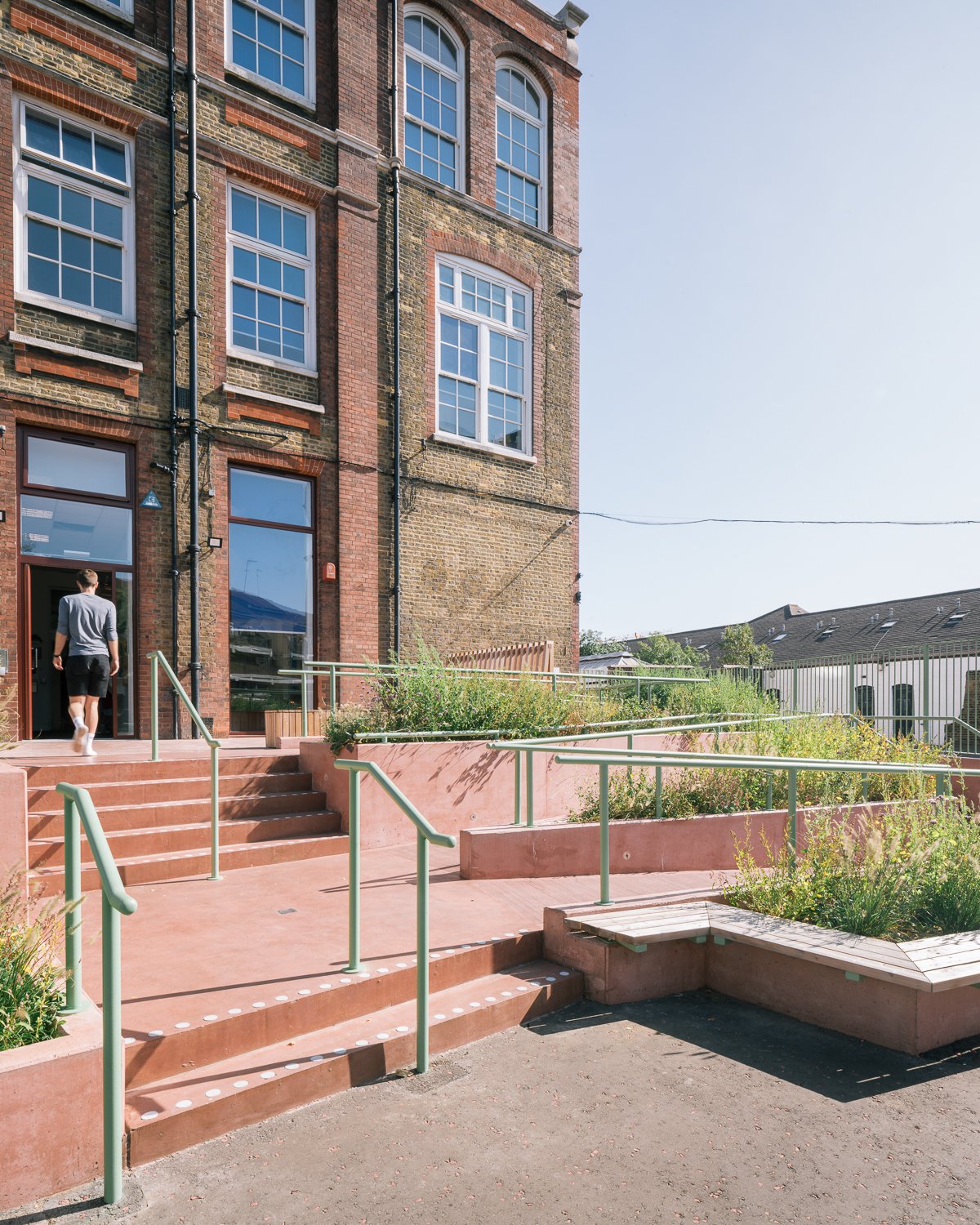 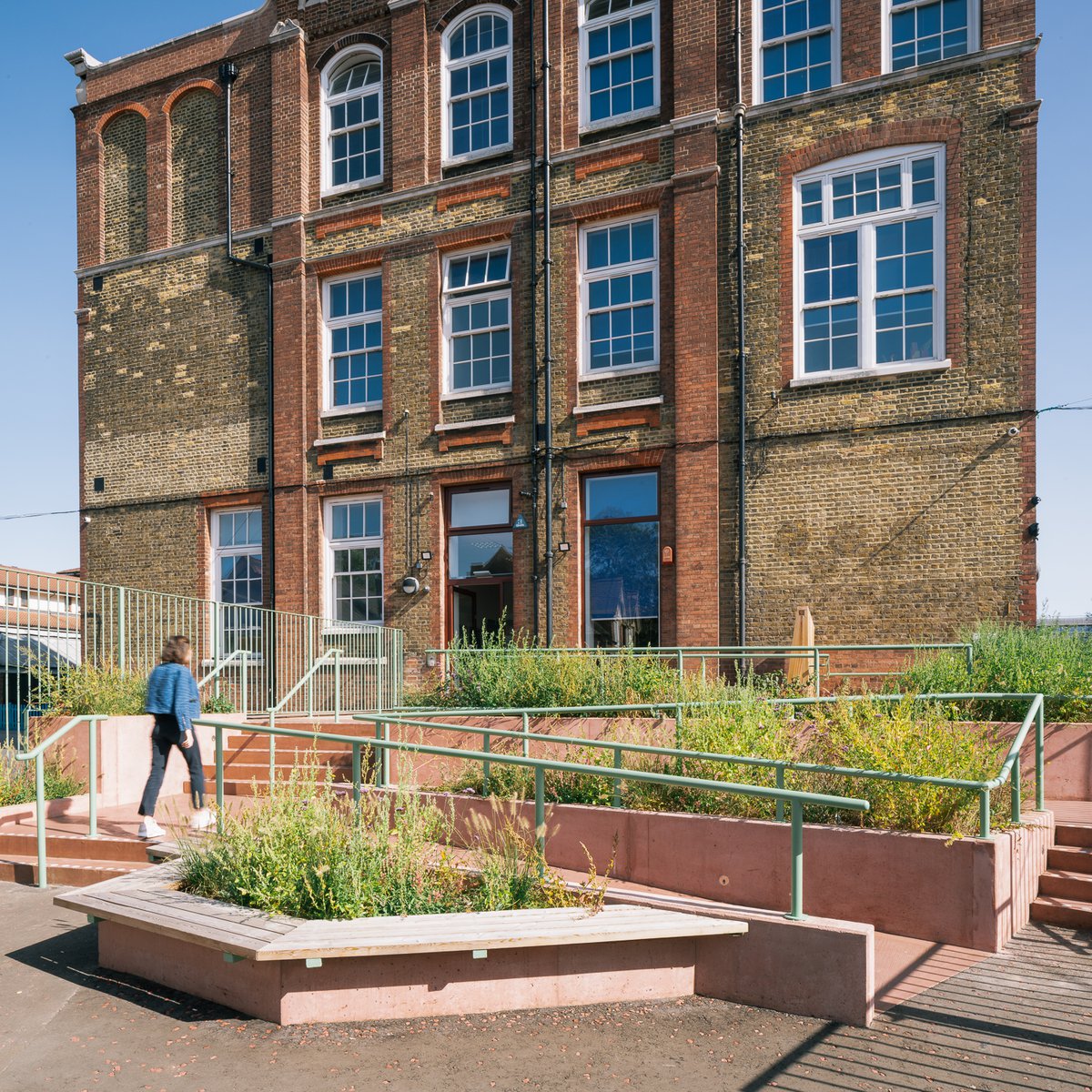 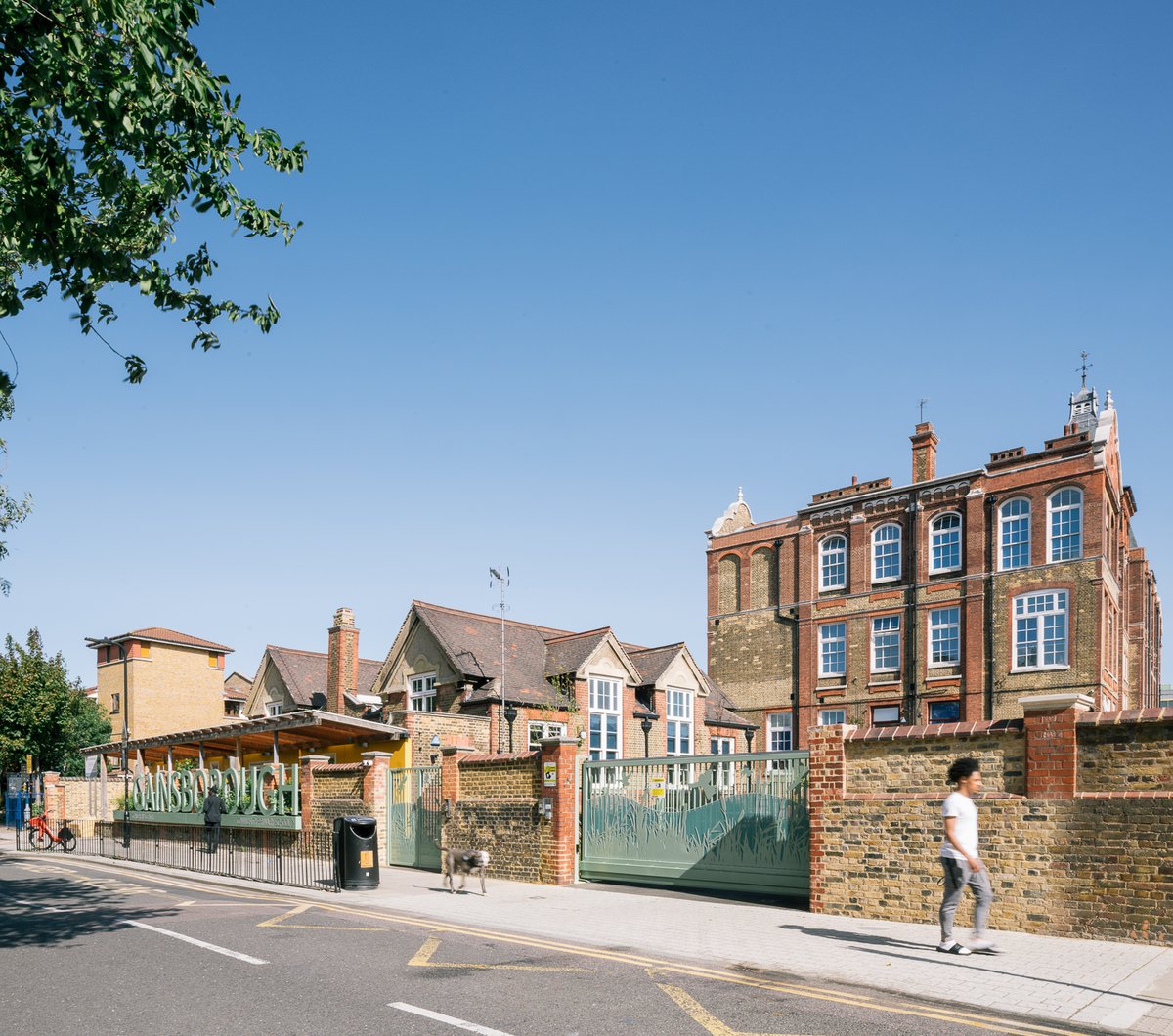 Gainsborough Primary School is a Grade II listed Victorian Education Board school which stands tall and proud, ‘planting the flag of education’ (as Charles Booth flamboyantly declared) over Hackney Wick.

The Victorian cluster of buildings includes a grand caretaker’s house, a (fairly recently extended) children centre as well as several outbuildings lining northern and southern boundaries. The site is bordered by the River Lea along its eastern boundary.

Erect Architecture was commissioned to design a masterplan for the entire school site and subsequently take the project through to completion.

Our proposal redesigned the school forecourt to create a coherent, legible and welcoming entrance landscape. Here, pedestrians are prioritized within a greener and more sociable environment. Moving and reducing car parking helps to create clear sight-lines between staffed areas and the entrance across the semi-public area. A single pedestrian school entrance strategy simplifies circulation and improves legibility whilst bringing together the community of the entire school.

A new ramped landscape provides an accessible route to the main entrance of the school. Planters, seating and play features are integrated to create a playful and varied route navigating the level change. New large openings in the school façade are welcoming and provide a generous connection between inside and outside as well as sightlines for staff. The colour and materiality of the openings further connect landscape and building.

Our proposals are inspired by features of the Victorian Board school and the adjacent riverine landscape.

Red concrete creates an accessible landscape that echoes the red brick base of the listed building. The planting palette, colours and patterns are inspired by the reeds and birds of the River Lea.